The price of Choline chloride runs smoothly in the bottom zone

First of all, I'd like to apologize for the long interval between this news article and the last one, which was pushed a little late. Just like the first snow in Shandong province in 2020, it has rained twice in Beijing, and it didn't start raining for a whole day in Shandong province until yesterday.

Every city in Shandong has a shared a heavy snow, some city will hit by blizzard, at this moment I ‘d like it will be the best that our city will be the one who will hit by blizzard! As I write this article, a large snowflake is floating outside the window, Just like my happy mood at the moment. Our Choline Chloride sales quantity in 2020 is as two times as 2019, thanks all our partners and end customers for their trust and support to Yinfeng. Best wish for our customers in 2020! All right, let's get back to business.

Shandong yinfeng’s last issue is "Choline Chloride price operating at the bottom of the range are obvious, will it goes up or down? “As today(7th. Jan) it shows neither a rise nor a fall but an unconventional and unexpected stability run in 50 days.Throughout 2019, Choline Chloride prices rose and fell once a quarter, with frequent price fluctuations,this is the first time in several years that prices have remained unchanged for 50 days. Why Choline chloride Price operation so calm nearly two months? What is the trend of Choline chloride price before Spring Festival? What will happen after the Spring Festival? The author will elaborate on the analysis in this issue. 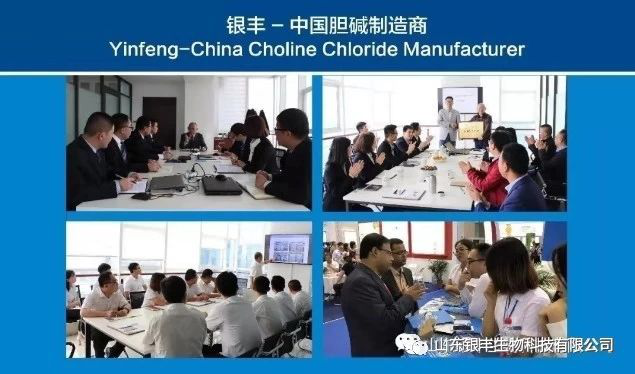 We know that the main factors that determine the price of a product are influence by the relationship between market supply and demand, the level of product profit, the fluctuation of raw material cost, the mentality of manufacturers and other factors. First, the analysis on the capacity of choline chloride shows that no matter in the world field or in China, the capacity exceeds the demand, and the overall operating rate of the industry is about 65%, which is relatively excessive .Excess capacity lead to the low profit, especially the African swine fever this year made the market demand to reduce at least 15% (comprehensive consideration to the reduce use in pig feed and increase in Poultry feed), over capacity, demand reduce, the profit situation not good so it is difficult to support and cushioning costs rise and fall. At present, there are still 12 Choline chloride manufacturer in China, with a large gap in scale, low concentration and dispersed mentality, which makes it difficult to form tacit price guidance. Therefore, under the circumstance that the overall capacity of choline chloride market exceeds demand, product profit margin is low and the mentality of manufacturers is dispersed, the fluctuation of raw material cost price has become the only important factor determining the rise and fall of choline chloride price. 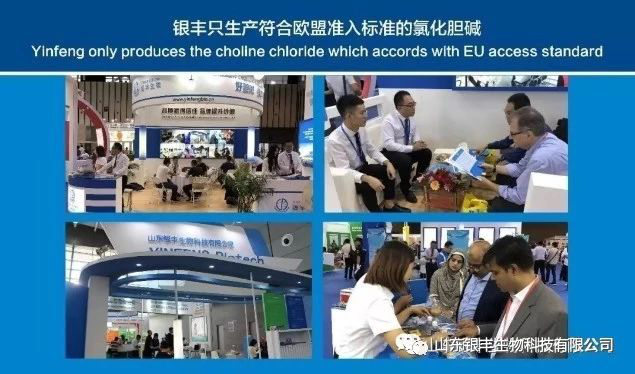 The fluctuation of ethylene oxide and trimethylamine (two main raw materials of choline chloride) has been limited recently, which directly lead the price of choline chloride in the bottom range, and the market situation is calm. From the perspective of ethylene oxide, it is influence by cost, tight supply and strong demand, which brings some favorable factors, but the decline of ethylene glycol adds uncertainty. And because of the approaching Spring Festival, logistics around the shutdown, part of the end users enterprises will recess soon. In terms of the equipment, there is a maintenance plan for the 100,000 tons equipment of Sanjiang petrochemical company in east China in January and Donglian failed to start up at the end of December which is expected to start up in the middle of January. There is also a maintenance plan for Shanghai petrochemical company, and the maintenance time is about 30 days. Together the ethylene oxide production and sale still tight in domestic market, although prices reduce CNY 100 /ton in north China，the wait-and-see mood in the market has risen, the supply of poly carboxylic acid water remains tense, we expected that in the short-term domestic epoxy ethane price stability is the key, and will be limited, still need to follow up the latest news of upstream and downstream of the guide. 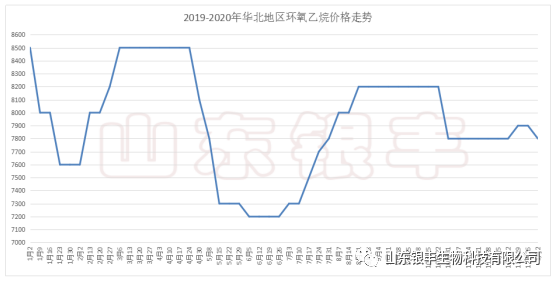 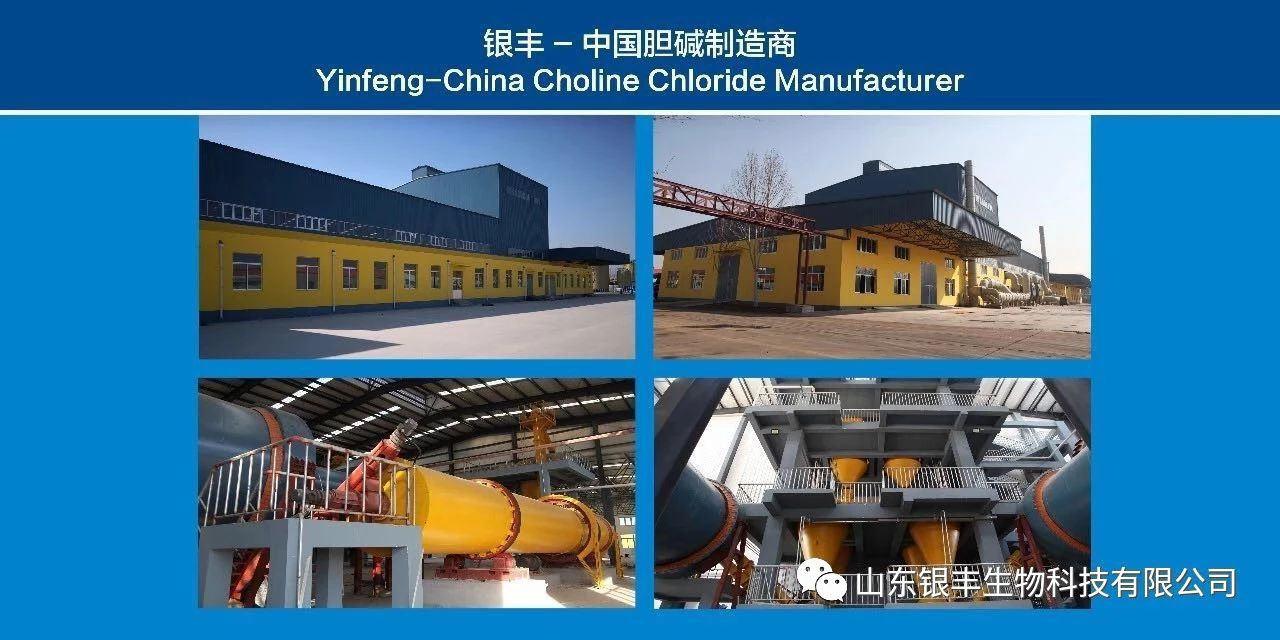 The price of Trimethylamine fell to the lowest point nearly three years, although some manufacturers implemented the production limit policy, but the downstream demand is not flourishing, the market price increase force and foundation has not been formed. On December 5, Anyang Jiutian chemical plant in resumed production, but the load was not high in the process of recovery. Recently, it was affected by heavy pollution, which directly led to the suspension of Anyang JIutian again. At present, the production of luxi chemical plant is normal, and Hualu hengsheng is running normally, but the output has been controlled at about 240 tons/day. In the process of loading, there is a situation of vehicle reduction to limited production and the insure price. Near the Spring Festival, some Choline Chloride factories have stop plans, which have a certain impact on the demand for trimethylamine. It is expected that the trimethylamine price will be stably before the Spring Festival. 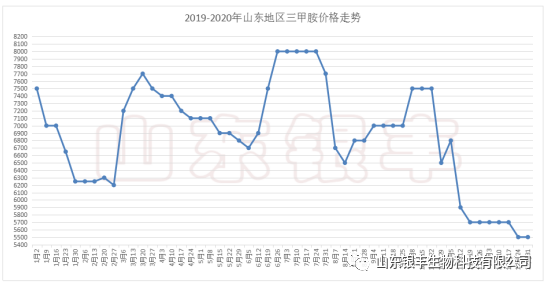 The reason of Epoxy ethane, trimethylamine two kinds of raw materials recent market movements have been sluggish has been expound in the last article: from the point of Kang Bo economic cycle, the world economy is in recession in the period of cycle, China is also in a period of structural reform on the supply side and a period of shifting of old and new drivers of growth, economic downward pressure is bigger. Methanol and liquid ammonia is the upstream of trimethylamine, and the coal is the upstream of methanol .The ethylene is the upstream of ethylene oxide ,and petroleum is the upstream of ethylene .All this are widely used bulk chemical products and occupies an important position in the national economy .In the context of Kangbo economic cycle recession, and the context of China-The USA trade friction, the use of basic chemicals product such as methanol and liquid ammonia, are bound to be restrained (the same as ethylene oxide),so the prices are falling, trimethylamine as methanol, liquid ammonia downstream product has a downturn market is reasonable. 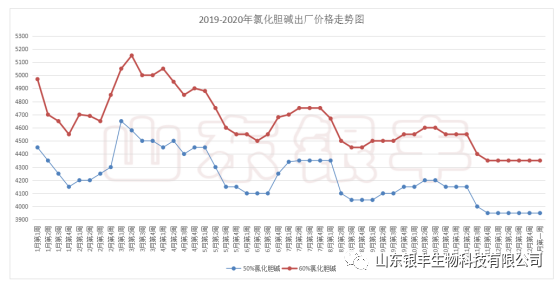 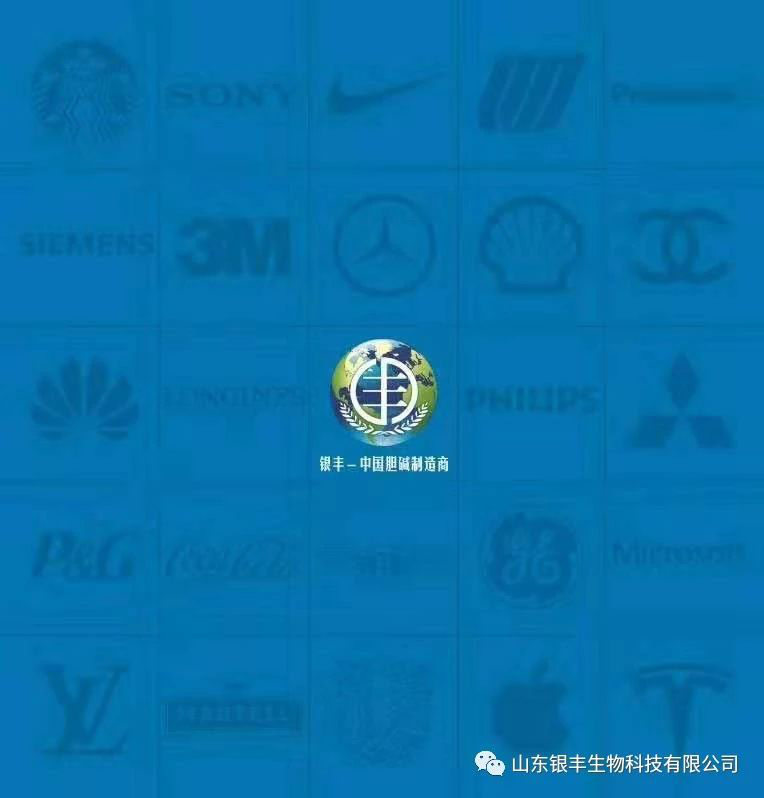